Skip to content
Disclaimer: This is not financial advice and it's important to understand that digital assets are risky. This article may contain affiliate links with Swyftx or other partners who may compensate us.

Bitcoin vs Ethereum: Which One Is the Better Investment & What YOU Need To Know…

In every growing industry, there’s usually a ferocious rivalry between the two largest brands; Coke vs Pepsi, Apple Vs Microsoft, Audi vs BMW, etc.

The cryptocurrency sphere is no different, and in this case, the two giants are bitcoin and Ethereum.

Bitcoin is undoubtedly the gold standard when it comes to digital currencies, but Ethereum is a close second. Which of the two is a better buy? Here’s a comprehensive guide on Bitcoin vs Ethereum.

A Quick Overview of Bitcoin and Ethereum

Bitcoin (BTC) was launched in 2009 and was the first cryptocurrency ever released. This digital coin was mainly formed as an alternative to traditional fiat currency to help people transact past their national borders digitally.

Bitcoin is also based on a decentralized structure which means that it’s not bound by any government laws and regulations. This ensures that its value is not impacted by a single body, as is the case with fiat money and the central bank.

It also allows people to transact anonymously without divulging sensitive information such as their bank and credit card details.

Ethereum, on the other hand, is more of a network than a digital coin. After the launch of bitcoin, developers began to look at other ways in which blockchain technology could be utilized. In 2015, Ethereum was released and worked on a smart contract network.

A smart contract basically works like traditional agreements, but instead of having a third party facilitate the execution, it’s designed to be self-executing. The terms of the contract are written into the code, and once they are met, the network completes the transaction.

After a while, Ethereum founders realized that they needed a cryptocurrency that they could trust and use within their networks. They then created Ether (ETH), a digital coin that is similar to bitcoin, and it’s now the second-largest cryptocurrency by market capitalization.

What Are the Similarities Between Bitcoin and Ethereum?

Ether and Bitcoin are both digital coins that are traded on exchange sites and can be stored on cryptocurrency wallets. Other similarities include;

The proof of work concept requires miners to solve complex mathematical equations using premium computer hardware to verify all transactions. They are then compensated with the coin that they are mining.

What Are the Differences Between Bitcoin and Ethereum?

Even though bitcoin and Ethereum are both decentralized currencies, they are fundamentally different. Some of their key differences include;

When Ethereum was launched, it wasn’t originally intended to compete against bitcoin. It was simply a De-Fi platform where traders could execute smart contracts. Due to Ethereum’s popularity, however, the price of Ether, their native coin, was driven up, making it bitcoin’s main competitor.

Will Ethereum Take Over Bitcoin?

There are various factors that contribute to the value of bitcoin and Ethereum, which is why it’s difficult to speculate the future value of both coins. If you’re a HODLer, before you make an investment in either coin, you should look at key aspects such as;

Traditionally, the price of bitcoin has always been higher than that of Ether, but it is important to note that the cryptocurrency market is highly volatile. This is unlikely to change, which is why the underlying value of a digital coin will mostly remain unclear.

According to the co-founder of Edge & Node (a blockchain software company), Tegan Kline, the value of Ether will likely surpass that of Bitcoin at some point in the future. She, however, encouraged investors to allocate their investment to both coins.

Where Can I Buy Bitcoin and Ethereum in Australia?

There are 2 main ways in which you can buy BTC and ETH in Australia: peer-to-peer exchange sites and cryptocurrency exchange sites. Peer-to-peer sites connect crypto sellers with buyers, but they are less secure, and cases of fraud are high.

Most Australian exchange sites are usually regulated and are thus more secure. They also have a wide range of digital currencies for you to trade with.

Here are our top exchange site recommendations for BTC and ETH purchases in Australia.

Swyftx is an Australian-based crypto exchange site that is aimed at providing Aussie investors with a seamless trading experience. Even though this site was only launched in 2019, it’s currently one of the most reliable reputable sites. Perhaps one of the elements that make Swyftx stand out is its low trading fees (0.6% on each trade) and exceptional customer support system.

This platform is registered, and you will have to undergo the verification process, but it only takes about 10 minutes for your account to be approved. Once your account is active, you can trade up to $20,000 worth of digital assets.

Swyftx also allows traders to make deposits in AUD, which reduces transaction fees. If you’re just starting out, you’ll appreciate their demo account feature that allows you to practice your trading skills before you start actively trading.

All new users are given a free sign-up bonus of $10 worth of bitcoin. | If you’d like to learn more about Swyftx, you can read our full review here.

Crypto trading is often a complex process, especially for beginners. You have to learn how to navigate trading dashboards, read trading charts and learn about technical analysis so as to protect your investment.

Coinspot is a brokerage site that’s perfect for beginners because it eliminates all the overwhelming aspects of crypto trading. Its user interface is minimalistic and easy to navigate, and it has a peer-to-peer market that’s optional.

Coinspot also provides users with wallets to store their bitcoin and Ethereum coins and is highly secure.

The best part is that it has a wide variety of digital assets for you to trade with, and it has a mobile app that’s compatible with both iOS and Android devices.

Binance is an international exchange site and is currently at the top when it comes to trading volume. It’s fully compliant with the financial laws in Australia and has advanced trading tools for trading professionals.

In addition to letting you trade bitcoin and Ether, Binance also has additional financial services such as staking, savings, and crypto-backed loans. It also has a Visa card that enables you to transact directly using your cryptocurrency.

You can find out more at the Binance website here.

Click here for a comparison of Swyftx vs Binance.

Other exchange sites that you could consider include;

The market prices of bitcoin and Ethereum are highly volatile, and even though they vary, BTC has always cost more.

During this time, liquidity was very low, and there were few crypto traders. This resulted in huge price swings due to scenarios such as bans on crypto exchange sites.

For instance, in 2014, one of the earliest exchange sites named Mt. Gox caused a 32% price decline in BTC when they reported a hack in which around 750,000 BTC was stolen. They later filed for bankruptcy.

When Ether was launched, it was trading at $1-$3 within the first month, but after a while, it stabilized at the $1 mark. The highest price ever recorded was in May 2021, where 1 ETH

How Are Ethereum and Bitcoin Dealing With Scalability Problems?

Over the years, bitcoin has undergone a couple of hard forks to help with scaling, including an Ethreum fork that was aimed at adding smart contracts to the bitcoin blockchain. These forks were designed to ease transactions by making them faster and cheaper.

Currently, bitcoin has introduced “SegWit”, a system that arranges data to facilitate swift transfers. It also plans on launching the “Lightning Network” to help set up several payment channels on the BTC blockchain.

Ethereum has several planned updates in its pipeline, including “plasma” and “Casper”. Plasma is aimed at processing all the slow contacts behind the scenes and only adding the executed contract on the blockchain to avoid slowing down the network.

Bitcoin vs Ethereum: Which One Should You Buy?

Since bitcoin is the flagship of all cryptocurrencies, it’s easier to assume that it’s the better buy.

However, it’s important to note that portfolio diversification is the only way to ensure maximum profitability.

Instead of investing in one coin, buy both of them; this way, in periods of price volatility, your investment will still be safe.

Also read: How long does it take to transfer Bitcoin 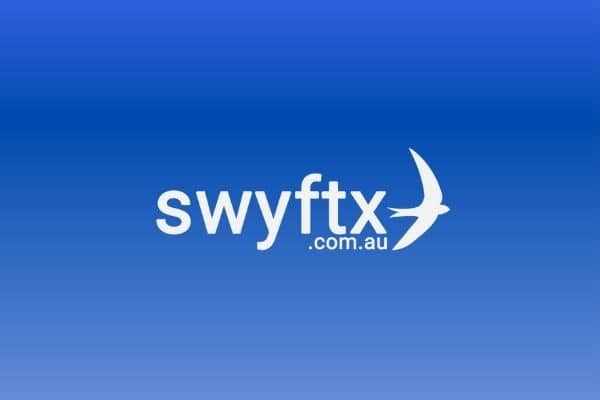 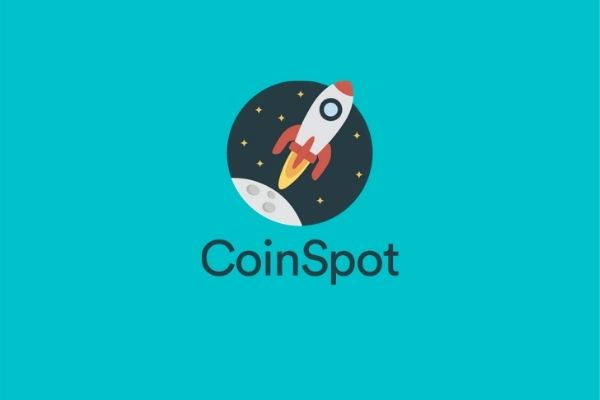 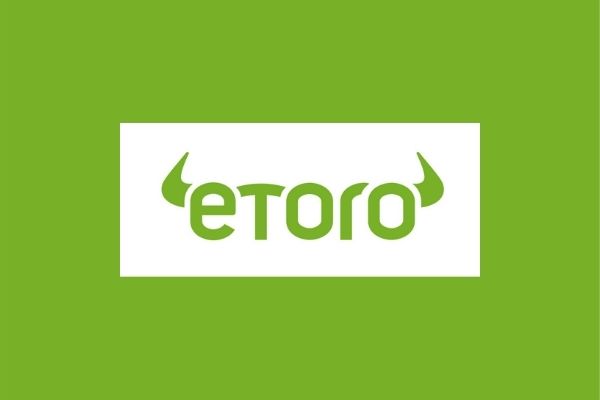 Disclaimer: This article is intended to be used and must be used for informational purposes only. It is important to do your own research and analysis before making any material decisions related to any of the products or services described. This article is not intended as, and shall not be construed as, financial advice.

We strive to deliver the best cryptocurrency news, reviews, and information to help you stay safe while trading crypto. All content on www.coincryption.com.au is provided solely for informational purposes. This information should not be misinterpreted as an endorsement to buy, trade, or sell any cryptocurrencies or any specific product or service we recommend. The opinions expressed in this blog do not constitute investment advice and independent financial advice should be sought where appropriate.