Who Created Bitcoin?
A Quick History of the Bitcoin Token 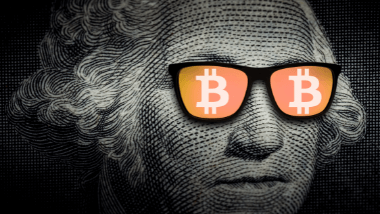 The world is currently undergoing a cryptocurrency revolution, and it’s all thanks to Bitcoin. But who created Bitcoin?

This digital coin was launched in 2009 and was the first of its kind. Since then, many more alt coins have been released, but none comes close to the value of bitcoin.

At the time of t’s release, there was a lot of controversy around cryptocurrency. There were doubts regarding the viability of BTC as a transactional currency and whether it would be valuable in the future.

Over time, this cryptocurrency has gained massive popularity, but one controversy still remains a mystery; the founder of bitcoin.

When you want to know who created Bitcoin, you will find out that it’s quite a mystery. Who is this mystery man (or woman) really?

In this article we cover some of the theories and myths ranking around the person who founded the cryptocurrency Bitcoin.

Who Is the Founder of Bitcoin?

Bitcoin is based on a whitepaper released by a person or a group of people who refer to themselves as Satoshi Nakamoto. In 2008, Nakamoto sent out an email containing a link to a paper on peer-to-peer currency to a cryptography mailing list. This email didn’t get much hype because other people had proposed such projects before, and Nakamoto wasn’t well-known in cryptography circles.

About 2 months later, Nakamoto announced that he would be releasing bitcoin software that would be open-source so that anyone could download it and use it. This proved that his scheme was more than just an idea, and people began downloading his software.

Initially, this cryptocurrency was mainly popular among cryptocurrency geeks and was trading for less than a penny. However, in 2008 during the financial crisis, people began to worry about the impact of the Federal Reserve’s move to increase the money supply. The popularity of bitcoin increased, and so did its value.

Bitcoin forums started emerging, and even though Nakamoto was in control of the coin’s development, it’s the collaboration between developers & users that increased the coin’s popularity.

In 2010, Gavin Andresen, one of the most enthusiastic bitcoin developers, reached out to Bitcoins creator. Nakamoto disappeared before bitcoin’s popularity had peaked and left Andresen in charge.

The real identity of the bitcoin founder still remains a mystery to this day, and it’s speculated that he is Japanese.

Who Could Satoshi Nakamoto Be?

Over time, the efforts to unmask Bitcoin’s founder remain futile, but there have been speculations as to who Nakamoto could be.

The top 3 candidates are:

This was the most noteworthy attempt at unmasking Satoshi Nakamoto. Up until then, mainstream media hadn’t attempted to unveil the Bitcoin creator, so when Newsweek suggested in 2014 that Dorian Nakamoto could be the founder, it caused a huge buzz.

To prove their theory Newsweek highlighted several similarities between Dorian Nakamoto and Bitcoin’s creator, including;

Dorian Nakamoto, however, aggressively denied those claims and stated that he had nothing to do with the coin!

Newsweek, however, made a major mistake; they revealed the location of Dorian Nakamoto’s home. Even though few people believed that he could be Bitcoin’s creator, this caused an uproar within the bitcoin community, who felt that this was a gross violation of his privacy.

They then launched a campaign that raised over 100 BTC, and Dorian Nakamoto, with the fundraiser, later appeared in a Youtube video to thank the bitcoin community.

Nick Szabo is a renowned legal scholar and computer engineer whose most notable achievement is initiating the idea of smart contacts in a paper which he published in 1996. He also conceptualized one of the first decentralized currencies known as Bitgold, whose framework is almost similar to that of bitcoin.

The author of Bitcoin: The Future of Money? Dominic Frisby tried to make his case by drawing similarities between Satoshi Nakamoto and Nick Szabo.

While this strongly suggests that Szabo is bitcoin’s creator, he has severally stated that he is not Satoshi Nakamoto.

Most of the people that have been suspected to be Satoshi Nakamoto have either vehemently denied the claims or chosen not to address them at all. An Australian scientist known as Craig Wright is, however, different.

Wired Magazine did a piece on him in December 2015, claiming that they had strong evidence suggesting the Wright was Satoshi Nakamoto. The profile highlighted that when Wright was asked about his specialty at the Bitcoin Investors Conference in Las Vegas, he claimed he was a jack of all trades.

His academic credentials included 2 doctorates, Masters in statistics and several degrees. Write also claimed that he has been involved in cryptocurrency for a long time but preferred to lay low.

While this seems pretty convincing, there were inconsistencies with this narrative. Wright’s blog entries were backdated, and even Vitalik Buterin, the co-founder of Ethereum, publicly called him a fraud.

Some people claim that Gavin Andresen is Satoshi Nakamoto, but he has repeatedly denied these claims.

Who Is the Richest Bitcoin Owner?

Satoshi Nakamoto is supposedly the world’s richest bitcoin owner and is rumoured to have almost 1 million bitcoin in their wallet. This is a fact that worries many bitcoin traders because the supply of bitcoin is limited, and if Nakamoto were to sell all his coins, the effect would be catastrophic.

The wealthiest bitcoin owner whose identity doesn’t remain a mystery is the founder of Coinbase, Brian Armstrong, who has almost $6.5 billion worth of bitcoin. Other bitcoin billionaires include:

1. Micree Zhan:
He is one of the founders of the largest BTC mining company, Bitmain (1), and has an estimated net worth of $3.2 billion. In 2019 he was demoted from his position as CEO, but he bought back enough shares to reclaim his position.

2. Chris Larsen:
He is a US national who is a guru in launching silicon valley setups. Perhaps his most noteworthy creation is Ripple, a platform that uses blockchain technology to process international payments. Some of the biggest banks in the world use it, including American Express. Larsen is worth $2.7 billion.

3. Changpeng Zhao:
He is a 43 year old Chinese national and is the founder of the world’s largest crypto exchange platform, Binance. His estimated net worth is $2.6 billion.

What Was the First Bitcoin Transaction?

Contrary to popular belief, the first bitcoin transaction was made by the father of bitcoin himself. He sent 10BTC from the original block 70 to a crypto enthusiast and console game developer named Hal Finney.

Finney learnt about Nakamoto from the original cryptography mailing list and found the idea of decentralized currency fascinating. This is why he offered to mine the first coins when Nakamoto announced that he’d be releasing the software code.

In a bizarre turn of Events, Finney lived a couple of blocks away from Suspected bitcoin founder Dorian Nakamoto. This, combined with the 10BTC sent to him by Nakamoto, led people to suspect that he could have been the Bitcoin creator all along.

Finney, however, denied the claims, and at the time of his passing in 2014, he stated that the identity of Bitcoin’s founder still remained a mystery to him. He never used his bitcoin but instead left it to his family.

What Was the First Bitcoin Purchase?

In 2014, the acceptance of digital currency started to increase, and some merchants began embracing it as a mode of payment. Laszlo Hanyecz was the first person to make a trade using Bitcoin, and the first BTC transaction was Papa John’s pizza. Hanyecz uses a whopping 10,000BTC which would have now been worth more than $3.5 million had he held on to it. He, however, claims that he doesn’t regret his purchase.

Currently, many traders accept bitcoin payments in Australia, and you can use this digital currency to buy beverages, real estate, get a haircut and even pay for medical services. Companies are also investing in BTC, and a while back, Tesla bought $1 billion worth of bitcoin. They also began to accept bitcoin payments for their electric cars, a fact that caused the price of BTC to increase.

There are several unsolved mysteries in the world, but perhaps the most exciting one in cryptocurrency circles is the identity of Satoshi Nakamoto. More than a decade after he launched bitcoin, the efforts to unmask his identity still remain futile, but this hasn’t stopped people from trying. This is because he poses a huge threat to the cryptocurrency industry.

We are living in a digital world where it’s becoming increasingly difficult to maintain anonymity. Satoshi Nakamoto, however, seems to be excelling at it.


This article is intended to be used and must be used for informational purposes only. It is important to do your own research and analysis before making any material decisions related to any of the products or services described. This article is not intended as, and shall not be construed as, financial advice.

We strive to deliver the best cryptocurrency news, reviews, and information to help you stay safe while trading crypto. All content on www.coincryption.com.au is provided solely for informational purposes. This information should not be misinterpreted as an endorsement to buy, trade, or sell any cryptocurrencies or any specific product or service we recommend. The opinions expressed in this blog do not constitute investment advice and independent financial advice should be sought where appropriate.